Side Affects Episode #101: Onefifteen: Activating The Data Of The Opioid Epidemic

In 2017, our nation was losing 115 people a day to drug misuse, with Dayton, Ohio flagged as the epicenter of the opioid epidemic. This Side Affects episode, Kenzie McEvily and guest host, Scott McGohan welcome Marti Taylor from onefifteen, a not-for-profit organization that asked the questions, “What can we do? How can we understand addiction to the point of creating a roadmap to alter the stigma of drug abuse and then use the science to understand the cause, and the user’s need to hopefully avoid an accidental overdose?” Logic pointed the onefifteen crew to base in Dayton, at the heart of the problem, with the intent to provide good care right here in our city. Our hospitals, the mayor’s and sheriff’s offices are all working together to make a difference. Listen to this incredible organization’s process and learn how they gather and activate the data to see what is working and what isn’t. 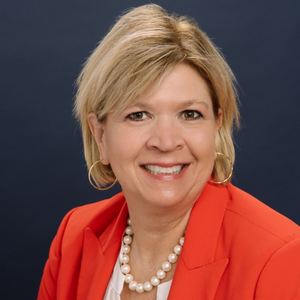 Marti Taylor is the President and CEO of OneFifteen.

Marti started her career in 1986 after graduating from Capital University in Columbus, Ohio, with a Bachelor of Science in nursing. She began as a staff nurse in the Cardiac Intensive Care Unit at Duke University Hospital and, during that time, went on to graduate from Duke University with a Master of Science in nursing in 1993. It was during Marti’s 25-plus years at Duke that she fell in love with academics, research, teaching, clinical care, and mentorship to others.

While at Duke, Marti supervised all aspects of the Health Systems Heart Center at three hospitals and multiple affiliate hospitals. From 2003 to 2007, Marti served as president of the Saint Joseph’s Cardiovascular Program and Research Institute in Atlanta. Most recently, Marti served as chief executive officer of University Hospital and the Ross Heart Hospital at the Ohio State University Wexner Medical Center. In that role, she was responsible for leading more than 5,000 employees and a budget totaling more than $1.8 billion. Marti has served on a number of boards in North Carolina, Georgia, and Ohio. Today, Marti serves as executive director of Behavioral Health at Verily and the president and CEO of OneFifteen一an addiction treatment program offering services in Dayton, Ohio. She currently serves on the board of trustees for Capital University. Marti and her husband Rodney have two sons, Zachary and Andrew.