Side Affects Episode #88: Don’t Let COVID-19 Damage Your Relationship With Your Clients

Please tune in to Side Affects Podcast with MB CEO Scott McGohan and his guest, Lance Tyson, owner, President, and CEO of The Tyson Group. The Tyson Group directs companies to develop strong business team leaders by first diagnosing the company’s needs. With COVID-19 still a prominent hurdle, it is imperative to find an outlet to stay engaged with your clients, but at the same time, you need to KNOW your clients and the relationship that you have with them. Don’t be tone-deaf to their situation, because everyone doesn’t adapt at the same level. Learn how to problem solve quickly because COVID isn’t over and it won’t be any time soon. 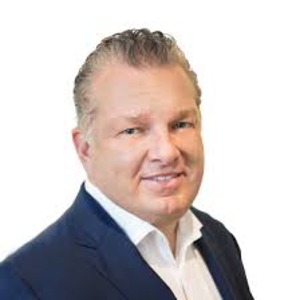 Over the past two decades, Lance Tyson has followed his passion for developing strong business leaders and their salespeople by tapping into his natural ability to connect with others and foster an environment for learning and coaching.  As owner, president, and CEO of Tyson Group, Lance facilitates, trains, and conducts over one hundred workshops annually in areas such as performance management, leadership, sales, sales management, customer service, and team building.

In 2002, Lance took over several Dale Carnegie Training operations in the Midwest. He started with Cleveland, then moved on to Columbus, and eventually took over the Cincinnati and Indianapolis marketplaces. Under Lance’s leadership, these marketplaces experienced 230 percent growth to become the largest Dale Carnegie Training operation. In 2010, Lance sold his interest in Dale Carnegie and formed PRSPX in Dublin, Ohio to help clients build effective sales ecosystems. PRSPX has since been restructured as Tyson Group in order to provide services to assess sales teams, diagnose their needs, and equip them to be better salespeople and leaders. Lance now focuses on the mission of Tyson Group: to coach, train, and consult with sales leaders and their teams to compete in a complex world.

Lance currently lives in Dublin, Ohio with his wife and three kids.